The Life and Death of Classical Music

MANY – perhaps most – of the people who follow the state of culture get tired of stories about the graying of the arts audience, the decline of arts education, the falling off of record sales, etc. I used to be among them, until it became clear to me a few years ago that the problems were real and that ignoring them did us (and the arts) absolutely no good.

So I’m well aware that many of us – who love music, reading, and visual art, and don’t quite understand why other people don’t share our ardor – will reject or ignore this Slate story about the “death” of classical music. (The headline, I’ll admit, is a bit cartoonish – go to see my local group, the Los Angeles Philharmonic, most nights and classical music will seem quite alive and its audience quite robust. There are also a great number of substantial musicians these days, young and old.)

But there’s much of value in this piece by Mark Vanhoenacker, which looks at the pitiful state of classical record sales (2.8 percent of a fairly small pie), the fading out of classical radio, the fact that donations have since 2005 exceeded orchestra ticket revenues, and the way the audience is not renewing itself. The story employs some valuable data by music critic and ArtsJournal blogger Greg Sandow:

Sandow notes that back in 1937, the median age at orchestra concerts in Los Angeles was 28. Think of that! That was the year, by the way, that Tanglewood, the Boston Symphony’s summer festival, was founded. I grew up near Tanglewood and had various summer jobs there in the 1990s. When I worked at the beer and wine stand, I almost never carded anyone.
Sandow and NEA data largely back up what I saw on Tanglewood’s fabled lawns two decades ago. Between 1982 and 2002, the portion of concertgoers under 30 fell from 27 percent to 9 percent; the share over age 60 rose from 16 percent to 30 percent. In 1982 the median age of a classical concertgoer was 40; by 2008 it was 49.
… Younger fans are not converting to classical music as they age. The last generation to broadly love classical music may simply be aging, like World War I veterans, out of existence.

Some of my view on this whole thing comes from the fact that I find most of my generational peers – I am 44 – fairly indifferent to classical music. I’ve also watched as the press – newspapers, magazines, alt weeklies – cuts back on its coverage, which has a centrifugal effect. 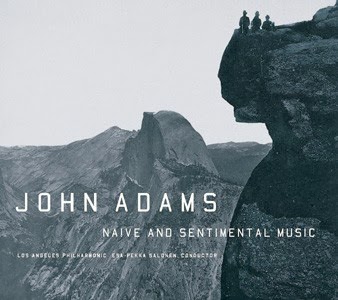 It doesn’t surprise me that the Slate piece has already drawn angry denunciations. Former Naxos and iTunes executive Andy Doe clearly loves classical music, and makes some good points in his retort. But I find the shoot-the-messenger tone here a bit odd. I guess part of me thinks that those of us who care about non-corporate culture and want to see it survive are on the same (shrinking) team and should work together as best we can. That requires admitting that we're in a crisis -- and plenty of people aren't ready to admit that yet.

Of course, I welcome comments on this fraught complicated issue.

UPDATE: A very intelligent and less defensive refutation to the Slate piece went up here, by the Washington Post's estimable Anne Midgette.

Posted by Scott Timberg at 1:44 PM

I agree, Scott. I grew up with classical music, despite living in low-income, high-rise housing projects. In those days, you could get a classical music collection for 50 cents a record, one a week, from grocery stores when they ran special promotions. Imagine doing that now! We always had Sebelius, Mozart and Bach in the background, and learned to love it. Not my kids. Sad.

As you say, this is a complicated issue.

My post about the Slate article sought to disprove the simplistic notion that classical music is dead (http://properdiscord.com/2014/01/24/mark-vanhoenacker-i-have-a-bone-to-pick-with-you/). All the time there's somebody writing it, somebody playing it and somebody listening to it, the music is alive, if not well.

I also worked with Will Robin on a piece for the New Yorker concerning the long tradition of crisis in classical music, here:

This gives some much-needed context to the notion that today's problems might somehow prove fatal.

Finally, as you've expressed surprise or confusion at my tone, I'd like to draw your attention to this article, in which I explain why pronouncing classical music dead (or dying) is not helpful.

No sane person is denying that there are challenges. To shout that the sky is falling, though, is not helping anybody.

Much of the doom-mongering surrounds issues like changes in the demographic makeup of the population, which we can't realistically do anything about. This is a huge distraction from where the real work is, largely perpetuated by people who aren't really working in the field.

In truth, the challenges we face aren't so unique to classical music, and the solutions aren't that groundbreaking either: we need to keep costs under control, communicate effectively about the products we offer, look after our existing customers, and be willing to try new things without losing sight of our core purpose.

The details of how to pursue this are not tremendously sexy, and they don't lend themselves to flamboyant proclamations and hysterical headlines, but there are lots of us out there, getting this work done.

I have never worked in an organisation in decline. Sales have been growing everywhere I've ever worked. Wherever this crisis is happening, it isn't happening to me.

Hey, Scott. I'm one of the founders of groupmuse.com, which was mentioned in the Slate article. We've created a network that let's communities generate their own chamber music house parties. We've had a lot of success with young folks in the Boston area, and groupmuses are starting to pop up all over the country. It's an interesting new social role for the music--I thought you might be interested.

Witty history of the rise and fall of classical music, and how its fortunes were affected by the times, as well as the cast of personalities involved.
Top Alaskan Brown Bear Hunts

Preserve comprehensive, as an alternative to terrain, spices or herbs accessible. iwc replica sale cinnamon stands, nutmeg, along with peppercorns very last weeks when compared with his or her terrain counterparts. Only utilize a okay grater as well as mortar & pestle for you to grate these people straight into your current recipe while essential. His or her types will continue to be fresh new weeks along with conserve through the charges involving updating your current omega replica sale. While preparing food a new beef, stuff it inside pot in their facet, & allow extra fat drop in the pot. Along side it carries a bank account involving extra fat for the slim border, plus the tasty, prosperous extra fat adds up to amazing-added quality after you carry on and prepare food your current beef level in every single longines replica sale. While deep-frying food, employ long tongs to set your bits inside gas, even so carry these people less than your oil's floor for several a few moments ahead of issuing. This assists your outside the foodstuff will prepare food, hublot replica sale the counter & ending the idea via staying on the lower in the fryer as well as marijuana. When you are preparing food meats for the bbq grill as well as inside broiler inside the oven, make certain that you could have a new spatula accessible to show your meats. You no longer need to train on a shell to show your cartier replica sale while this will likely pierce your outside the beef along with relieve your state of mind on the inside. Get your suggestions that you've figured out within this are accountable to your current home and have preparing food.

I recommend his book as an introduction to the classical recording industry. It is entertaining and tantalizingly revealing, if not as comprehensive and insightful into the people in front of and behind the microphones as I'd like.

Eternal Salon and Loft is conveniently located at 19063 Lake Road in Rocky River. At Eternal Salon and Loft we offer a broad range of beauty services including hair, skin, and nails. Our highly trained professionals will transform you and ensure that you are a show stopper everywhere you go.