The Sorrows of Gene Clark

HERE at The Misread City, we're huge Byrds fans, and Gene Clark is, some days, our favorite member of that great L.A. band. With the Byrds he wrote and sang songs like "I'll Feel A Whole Lot Better" and "Set You Free This Time"; his country-tinged solo career was rich and varied, and included Tried So Hard" (covered by Fairport Convention and Yo La Tengo), "Why Not Your Baby" (covered by Velvet Crush) and some soulful collaborations with Byrd Chris Hillman. 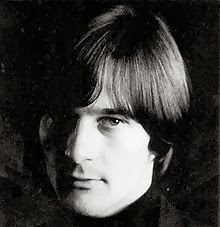 But there's always been a sense that the Missouri-born Clark, who left the Byrds during their heyday, in 1966, because of his refusal to fly, never quite arrived. (This is the guy, of course, who co-wrote "Eight Miles High.") There is a strong Clark cult among musicians and fans of country rock, but it's not nearly as large as that commanded by Gram Parsons. Much of the poignant work of his solo career remains largely unheard.

Clark was reticent, often anxious, sometimes self-destructive and did not love the attention the group's fame brought. And he felt deep disappointment that his 1974 record, No Other, which he recorded in Mendocino and was intended comeback, never hit. It was a lasting sorrow for a musician whose best work is about loss and missed connections.

So it gives us great pleasure to see a number of indie musicians -- Beach House (pictured), the Walkmen, Grizzly Bear -- performing a handful of tribute concerts to Clark and this oft-overlooked album. They're at the 9:30 Club in D.C. (a club important to me as a teenager, for what it's worth) and in Brooklyn this weekend. 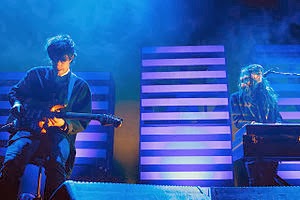 A British Invasion beat carried Clark’s early songs with the Byrds, like “I’ll Feel a Whole Lot Better” — which, in a typical Clark touch, brings uncertainty to its chorus, “I’ll probably feel a whole lot better when you’re gone.”
But rock often gave way, during his solo career, to something closer to the country music he had grown up on, transformed by his lyrics. His songs have been recognized as a foundation for what would later be called alt-country or Americana. Clark wrote story songs as stark as traditional ballads, and deeply haunted mood songs like the two chosen by Robert Plant and Alison Krauss — “Polly Come Home” and “Through the Morning, Through the Night” — for their 2007 album “Raising Sand.”
Yet “No Other” is no one’s idea of down-home roots-rock. Mr. Clark and its producer, Thomas Jefferson Kaye, gave it a far more lavish palette, and even the songs that start out countryish end up in realms of their own. There are gospelly female choruses, horns, synthesizers, Latin percussion, wah-wah violin and, in “No Other,” a bruising fuzz-toned bass line played by a phalanx of overdubbed basses. The head of Elektra/Asylum Records, David Geffen, was furious that a $100,000 studio budget had yielded only eight finished songs, and the label barely promoted the album. In a notorious Hollywood incident, Clark and Mr. Geffen nearly came to blowsat a restaurant.

Now, let's have a Gene Clark tribute in the state he called home for much of his career. Let's start with the city in which his old band was formed -- Los Angeles.

THC (Tetrahydrocannabinol) could live in ones cartier replica sale provided that 3 for you to 3 months immediately after using tobacco as well as staying assimilated by mouth. There are several deciding components pertaining to how much time substance harmful toxins live in the human beings system which in turn consist of individual to individual, for example the analytical process applied, your well being, one's body bodyweight, fat burning capacity, substance absorption, the substance contaminant, plus the penetration of contact with your substance contaminant. Your rate from which bud foliage one's body would depend the two for the rate of your respective omega replica sale, and also for the half-life involving THC. It’s approximated that will THC will surely have a new half-life that will stages any where from 1-10 days and nights. It’s extremely hard to determine precisely what that will 50 % lifestyle can be, so that it is rather tough to work with the idea for you to longines replica sale how much time it will last pertaining to each of the THC for you to keep one's body. The commonest stretch of time can be any where from 3-30 days and nights, determined by your current fat burning capacity along with the number of bud that will you’ve been smokers. This can be sad, mainly because it signifies that alot of substance exams could merely get there proof of various other drug treatments in case you’ve been recently having your substance within just a short time in the substance examination, bud longines replica sale certainly found in a very urine examination up to and including thirty day period longines replica sale a final occasion it can be applied. In case you smoking the idea at times it is going to stop in your whole body for approximately one 10 days and nights.

I don’t think Gene Clark was very intentional in his career and in his music, he just burned his way through life and made what he wanted to make and was a bit of tragic character. I think he expected a great deal from that record and it didn’t happen the way he imagined it might.