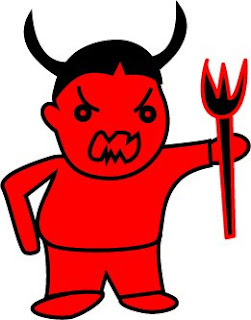 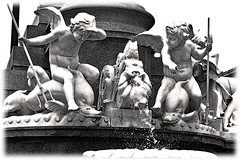 THE other night i took a break from watching robert downey jr. in "iron man," which has a party scene in which downey and a cuter than usual gwyneth paltrow nearly begin making out on the balcony of walt disney concert hall, to run to disney hall myself for a concert by the vienna philharmonic. it was nearly as  star-studded a crowd as the movie's scene (though i'm still trying to figure out what rick rubin was doing out with josh groban -- i dont think i want to hear that record.)
were these luminaries there to see vienna, sometimes called the finest orchestra in the world, or guest conductor zubin mehta? probably not. the real heat, i think was around Lang Lang, the young chinese pianist who is either the most exciting phenomenon to hit classical music in 20 years -- bringing emotion and large audiences back to the music -- or a cross between liberace and the devil himself.
here is my LAT piece on the divisive virtuoso.
as for lang, i dont think he embarrassed himself but i would rather listen to rubinstein or pollini or pires doing chopin any day of the week. lang's story -- he was basically marinated in classical music in the womb -- is fascinating, whatever one thinks of his music, and my esteemed friend david ritz (best known for his work with marvin gaye and brother ray charles)  ghosts with the pianist in this book, journey of a thousand miles.
vienna? well. "where are all the women??" an unidentified wag near me shouted as the august philharmonic's players filled the stage, and it is truly odd in 2009 to see an orchestra made up almost entirely of white men. (NOT that there's anything wrong with that.)
as for the concert itself, it was a thrill for me to finally see the burnished, old-world vienna, even if mehta was conducting. and to see schubert's 9th -- a composer i love, and know mostly from his deathbed sontatas and chamber music -- was a pleasure, even if as my friend tim mangan suggests here, was a mismatch of conductor to orchestra. (here is my old colleague mark swed's similarly mixed but quite different judgement on the gig.)
anyone have any thoughts on vienna, mehta, lang?
Photo credit: Flickr user 32 and 33
Posted by Scott Timberg at 12:51 PM

I saw Vienna in Sept. of 1967 at Smith College. Northampton mayor Wally Pulchalski was so excited that the Red Sox had clinched their "Impossible Dream" season that he blew the fire whistles for about 5 minutes in the middle of the Tchaik.

I think Vienna has a bit of a track record of playing that Schubert, as Tina Turner would put it, "nice and rough." Their 1970 recording under Kertesz is by lots my favorite ... brash and rhythmic, a reading that clearly does not appeal to Tim.

wow, the chance to see vienna in northampton, one of my favorite towns -- i wish i was there! oh wait, i wasnt born yet.

be warned ladies and gentleman, the previous correspondent is almost as zealous a schubert fan as i am -- he is NOT to be trusted.