Crazy For The Big Lebowski 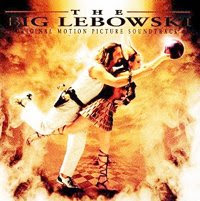 DO you spend your free time dressing up like figures of speech, drunkenly bowling for endless hours and memorizing non-sequitors from an obscure film? if so, you must be "an achiever," one of the group of  "big lebowski" zealots who gathers to celebrate the coens brothers movie at least once a year. the film, of course, was considered a disappointment upon opening but has become -- thanks to a few gen-x dreamers in louisville -- the biggest cult picture since "rocky horror."
today i have a piece in the LATimes, most of which is an interview with eddie chung, the director of a documentary on the phenomenon called "the achievers." some of the fans he tracks seems to NEED their "lebowski" friends so badly you kinda wonder how they avoided accumulating companions in other spheres... tho chung said most of them are pretty well adjusted. "they're not, as far as i know, criminals," he told me.
either way, more proof that in an atomized, media-obsessed post-industrial culture, anything is possible.
Posted by Scott Timberg at 9:33 AM 1 comment:

The Elegant Espionage of Alan Furst 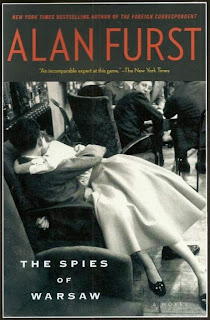 THE spy novels of alan furst are elegant, melancholy glimpses of history and the period right before world war II in central and eastern europe. does any working novelist sketch atmosphere as well as alan furst?
because 2008's "the spies of warsaw" was just released in paperback, i'm posting my interview with furst from last year. the book looks at a de gaulle-like aristocrat caught up in movements in poland. not sure it's the best furst yet, but the plot carries through quite well -- no mean feat in a novel whose conclusion is easy to predict. (that is, they are never going to end with hitler saying, "you know, this is going to conclude poorly -- forget i ever said anything.")
in person, furst -- whose characters are noble and sexual, often with an existential glamour -- was refreshingly down to earth, almost awkward in his enthusiasm. i asked him if he might try writing about, say, 18th c. china or something outside his familiar time and place and he said it was like having a favorite pie. why have banana when you love chocolate?
oddly, furst went to elementary school on the upper west side with my dad for a few years. furst's memory was such that he could even sketch the seating chart of the class and remember that my dad's father was in vaudeville. awesome recall probably a good skill for a historical novelist.
Posted by Scott Timberg at 3:50 PM No comments: 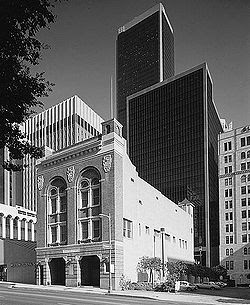 I WAS saddened to see, upon returning from a trip, that we've lost not only walter cronkite -- who i once met at an annapolis pub he used to frequent on sailing trips -- but the consummate architecture photographer julius shulman.
HERE is my interview with shulman from a few years back. i visited the man in his rambling laurel canyon home and he showed me the range of his work -- the old modernist, black and white stuff from LA and palm springs, as well as some more recent color work he'd done in europe.
at 95 shulman was sharp as a nail, but also among the more prickly people i've met in my career. he yelled at me when i called his photography "shots." shulman: "we're not hunters!!"
i dont have the rights to his classic modernism shots so posting something -- an image of a los angeles co fire station -- that i think is in the public domain.
Posted by Scott Timberg at 3:04 PM No comments: 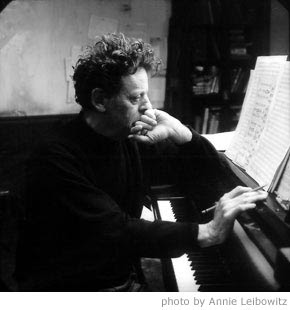 GLASS, who makes his Hollywood Bowl debut this week, discussed his film work with me recently.

“Here’s an interesting experiment,” he said. “Play a film, any film, and then change the music. The film looks different. Then take the music, and change the film – the music doesn’t change. It’s astonishing. What does it tell us? When you put the two together, the core may be the music. Bernard Herrmann is going to sound like Bernard Herrmann no matter what you do."

HERE is my recent LATimes interview with the man who has taken film scoring -- for better or worse -- beyond the classic style of emotional underlining represented by korngold, herrmann, and others into a tonally neutral minimalism.

(at this point i've interviewed a number of the key figures in musical minimalism -- steve reich, terry riley, john adams -- so was nice to close the circle here. interesting to see how musical history treats this chapter of american music.)

Posted by Scott Timberg at 11:22 AM No comments:

I'D expected the brooder i saw on the cover of the wonderful harmonia mundi LPS. but paul lewis, the young liverpool-reared pianist i met at the standard hotel a few months ago, looked like a juggler on his way to a renaissance festival.
lewis, who plays the hollywood bowl twice this week, takes beethoven, schubert, and the heart of the austro-german repertoire very seriously. HERE is my LATimes profile of him.
we also had a great conversation about the lineage of british humor leading to steve coogan, ricky gervais, and the US and UK versions of "the office." cool guy, someone with a real dedication to his work and no noticeable self-absorption. i look forward to more music from paul lewis.
Photo credit: Harmonia Mundi
Posted by Scott Timberg at 9:57 AM 1 comment: 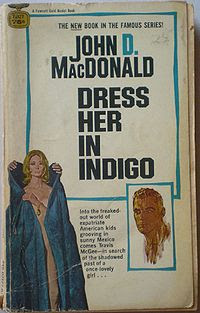 I CAME a bit late to the work of john d. macdonald, the floridian whose most famous character, self-proclaimed "boat bum" travis mcgee, has sold more than 40 million books worldwide. but these books, while light on the surface, are not only fun reads -- in some ways resembling detective novels -- they lay out an appealing and persuasive worldview that resonates in our uncertain times.
for decades people have been wondering why the 21 mcgee novels, which appeared mostly in the '60s and '70s, have never been successfully translated to the big screen. (especially baffling given how good both "cape fear" movies -- both based on jdm's "the executioners" -- are.) HERE is my sunday LATimes piece on what appears to be good news.
i'm still more a ross macdonald man (i like the psychological depth, chiseled writing and unobtrusive use of symbol in the lew archer novels), but john d. is far more than the literary jimmy buffett i'd sort of expected.
here's the way jonathan yardley put it in this very fine washpost assessment:
"This man whom I'd snobbishly dismissed as a paperback writer turned out to be a novelist of the highest professionalism and a social critic armed with vigorous opinions stingingly expressed. His prose had energy, wit and bite, his plots were humdingers, his characters talked like real people, and his knowledge of the contemporary world was -- no other word will do -- breathtaking."
this blog welcomes comments from those who know the mcgee -- and many other -- novels of this writer whose work has fallen into neglect of late.
Posted by Scott Timberg at 1:45 PM 1 comment:

This blog has held two recent polls, which i've been meaning to report back on.
the first was on "best audrey hepburn film." this idea was suggested by my old man, who introduced me to her movies way back when, and i was glad to have reason to include one of my favorite actresses of all time, who defined each film she was in with class, intelligence and self-possession. (i like her so much i even briefly went out with an absolutely crazy lass in the 90s largely because her name was audrey.)
so the winner, by a pretty big margin, was "breakfast at tiffany's" -- no surprise. this italian poster used to hang in my old apt. the runner up was "roman holiday" (anyone remember the LA opera staging in homage to the film?) tho several other films, including the now obscure/cult "two for the road," which i must admit i've never seen but which is in the mail to me, also drew support.
the torrent of wilco related events -- new album, tour, lots of press coverage, even an interview by yours truly -- led to a poll on best wilco album. the winner, of course, was the star-crossed but eventually triumphant, cryptic and forceful "yankee hotel foxtrot," drawing a large percentage (63%) of votes.
interestingly, the record i and many others discovered wilco with -- the rootsy double-cd "being there" -- drew about a third the votes as "yankee." that earlier record changed my life when i heard it as a 20-something new englander not yet persuaded by the alt-country revolution. (by coincidence, 3,000 miles away, a young lady much saner than my audrey was reviewing "being there" for the LA times and would go on to become my wife.)
so whichever phase you prefer, hats off to one of america's greatest bands and one of cinema's real class acts.
Posted by Scott Timberg at 10:56 AM No comments: