Boston and "The Fading Smile"

BACK in the '90s, when I was at my most ravenous about learning about poetry, I read a number of very fine memoirs about poets. Eileen Simpson's Poets in Their Youth (with its unforgettable portrait of Delmore Schwartz) was one, Donald Hall's Their Ancient Glittering Eyes (Dylan Thomas!) is another. Both are classics, but my favorite may be Peter Davison's The Fading Smile, set in Boston/Cambridge in the late '50s as American poetry was going through an important transformation. 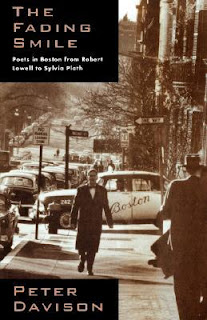 Only a few hours remain in National Poetry Month, but I'll put aside my instinct to mock these official cultural holidays and discuss Davison's wonderfully distilled memoir-of-sorts for a moment.

The Fading Smile's subtitle is "Poets in Boston, 1955-1960, from Robert Frost to Robert Lowell to Sylvia Plath," and it's largely a series of profiles of the poets who flourished, competed and quarreled at a time when Frost was fading from the scene but holding forth on the outskirts of Harvard. Besides the poets above, it looks at Richard Wilbur (the most Apollonian of the bunch), the minister's son W.S. Merwin, Anne Sexton (!!), Plath (who Davison, a poet and important poetry editor, briefly dated before she fell into the burly arms of Ted Hughes), feminist "daughter-in-law" Adrienne Rich, the overlooked ad-man poet L.E. Sissman, and Stanley Kunitz (a generation older than the rest but just as tormented.)

Lowell of course acts as a cross between a maven who brings everyone together and a sort of Mad Hatter. Like many of the poets here, he went through a metamorphosis during this period, and his late-'50s work helps inaugurate a wilder, more visceral, less European, less New Critic-driven poetry that came to be called Confessional.

Of course, each figure had his or her own trajectory, as Davison's portraits make clear. He mostly stays out of the way of the action, except when his appearances are useful, resisting the urge to settle scores of make himself into the book's hero.

Part of what I like, too, are the well-chosen selections from each poet's work, and the sense of literary context that it all adds up to. That is, there was a back-and-forth between this scene with developments in the UK -- several of them put in brief stints in England -- as well as the Beat action in San Francisco.

I'll just close by recommending this book -- so soon after the tragedy of the Boston Marathon -- to anyone who cares about American literature. And now, go read some poetry.
Posted by Scott Timberg at 2:05 PM 1 comment:

THE other day I spoke to Joe Boyd, the Britfolk impresario, because of his new tribute record, Way to Blue. The album is in honor of Nick Drake, who Boyd helped discover way back in the late '60s, and whose career was delicate, melancholy and all too short.

Today, Drake is revered not only be neo-folkies but by the leading jazz musician of my generation, pianist Brad Mehldau. 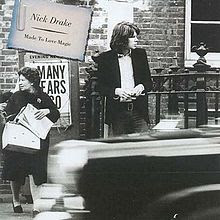 Boyd, of course, also had a role in Newport '65, the birth of Pink Floyd, Richard Thompson and Fairport Convention, AND produced what may be our favorite R.E.M. record, the enigmatic third album Fables of the Reconstruction.

Boyd got his start as a preppie New Jersey teenager who helped coax blues and jazz great Lonnie Johnson out of retirement. 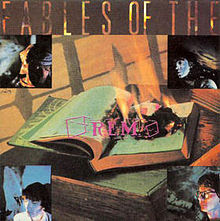 Here is my conversation with Boyd, whose memoir of the musical '60s, White Bicycles, I cannot recommend highly enough.
Posted by Scott Timberg at 6:24 PM No comments:

ONE of our favorite debuts in recent years is Rachel Kushner's Telex From Cuba. I was aware of this novel only because of a tip from New York literary agent Chris Calhoun, and once I read the galleys I was a bit abashed to see what a substantial talent was here in my city, until then invisible to me. 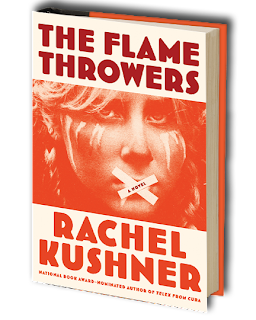 In any case, Rachel is invisible no more. Here sophomore novel, The Flamethrowers, which came out this week, is drawing rave reviews in the US and UK, and enthusiastic coverage, including an NPR interview I have not yet heard. The new novel is about speed, sex, motorcycles, Italy, '70s New York and the art world (a few of our favorite things.)

So far, it seems to me even better than the Cuba book. (She explored some of the themes in her book in a recent review of Richard Hell's new memoir in the New York Times Book Review.)

The New Yorker's James Wood calls it "scintillatingly alive, and also alive to artifice." Dwight Garner just wrote one of his characteristically electric reviews of the novel.

HERE is my interview with Rachel from a few years ago. I recently met with the Echo Park resident at a groovy nearby cafe (braving the treacherously steep Baxter to get there), and have another story on the author and her work coming soon. Until then, pick up The Flamethrowers.
Posted by Scott Timberg at 12:44 PM 3 comments: