The Roots of a Polymath: Lars Jan

FOUNDER of the Los Angeles avant-gartde performance group Early Morning Opera, Lars Jan is a polymath interested in a lot of things, especially our era in which screens of various kinds have infiltrated both public and private spaces. 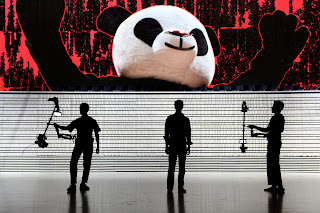 We spoke about the age of the screen, as well as some of his artistic models -- everyone from Gerhard Richter to Fellini -- for my Influences column. Here is that piece:  This ended up being an intriguing discussion.


Jan's new piece, Abacus -- which he just premiered at Sundance -- comes to REDCAT next week.
Posted by Scott Timberg at 10:44 AM No comments:

Cinematography, the Oscars and "Tree of Life"

AS everyone in Los Angeles knows well, Oscar nominations were just announced today. I've written about some of the films nominated, including The Artist, which drew 10 nominations. 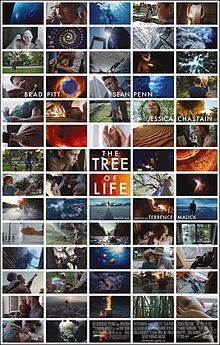 One article I've not posted, because I can't seem to find an online link, was a story in which I spoke to cinematographers from five films: My Week With Marilyn, The Descendants, Drive, Margin Call and The Tree of Life. Emmanuel Lubezki of Tree of Life was just nominated for an Academy Award which he seems to have a good shot at.

(The Mexican-born Lubezki, by the way, also shot Children of Men, The New World, Y Tu Mama Tambien and Ali.)

Whatever you make of this film -- which has become the love-it-or-hate-it movie of the last year -- it's visually distinctive, from its verdant recollections of 1950s Texas suburbia or its more cosmic sections that recount the history of the universe.

Here's a bit of what he told me -- the full story is in AwardsLine's Issue 5.

Though the film has been compared to “2001: A Space Odysssey” and Renaissance painting, Malick’s edict was that the film capture the chaos of life itself. “He wanted the film to feel found, not rehearsed, not designed,” Lubezki says. “You had to wait for a moment that felt real, before you rolled the camera. We could not control the butterfly that flew by, or the wind, or what a baby might do: It’s watching, helping Terry and everybody else get to these moments that felt almost like an accident.”
Posted by Scott Timberg at 11:14 AM 1 comment:

WHAT do get when you cross the men behind Deadwood and Miami Vice with Dustin Hoffman? Bet you didn't think it would be a television series set at the Santa Anita racetrack and revolving around a quartet of degenerate gamblers, a crusty Kentuckian who talks to himself, some nasty white-collar criminals and a few noble, beautifully photographed horses? 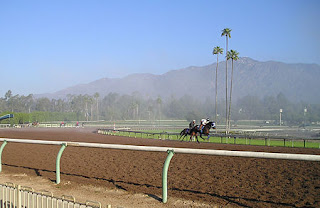 Somehow, this is what fortune -- or at least, HBO -- has given us, and my curtain-raiser on the series Luck is here. I was lucky enough to sit down with David Milch, Michael Mann and Hoffman recently and speak with them about the show.

As rich as it is, this program seems like -- no pun intended -- a real gamble for the cable network. I'll be interested to see whether people watch it, in part because I have another story on Luck planned.
Posted by Scott Timberg at 12:41 PM No comments:

The Return of Steve Reich

ON Tuesday I saw a fascinating concert by Steve Reich and Bang on a Can at Disney Hall. Once considered a minimalist with few ties to the mainstream, Mark Swed wrote in his review, Reich is now one of the most important and influential composers alive. 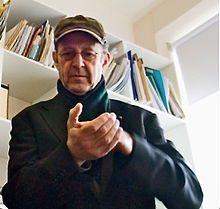 I sat down with Reich a few years ago and found him very accessible and easy going. My article starts by referring to the landmark "Music for 18 Musicians," which he led on Tuesday night. I've heard this piece perhaps more than any other piece of music not by the Beatles, and it was a thrill to see it and get a sense of exactly where all those shifting sounds emerged from.

The concert led off with the classic early Reich piece, "Clapping Music." Here is Swed's full review.
Posted by Scott Timberg at 9:03 AM 1 comment:

The Roots of Christopher O'Riley

THE eclectic pianist O'Riley came to my attention a few years ago for his interpretations of music by Radiohead, Elliott Smith and Nick Drake. He's recently teamed up with Matt Haimovitz, the wild-man cellist who cam render Bach and Hendrix with equal skill. (In '05 or so, Haimovitz put on a radical and memorable show at a restaurant in LA in which a fight nearly broke out.) 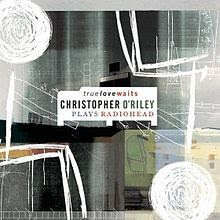 O'Riley, who comes to town with the cellist next Wednesday, is the latest subject of my Influences column. He had a lot to say, so here's a bit I did not have room for:

If I’m not playing the piano, I’m likely reading or seeing a film. I read widely and voraciously. I find the world of the imagination to be enriching, inspiring and a great influence on how deeply I invest myself in creating my own pieces. I am more in awe of writers than I am of most musicians/composers. Some of my faves: David Foster Wallace, Mark Z. Danielewski, James Joyce, Roberto Bolano, Charles Dickens, Thomas Ligotti, Stephen Graham Jones, Chuck Palahniuk, Kris Saknussemm, Ken Bruen, Megan Abbott, Salman Rushdie, Stona Fitch, Donald E. Westlake, Christopher Hitchens, Philip K. Dick, Cormac McCarthy.
Posted by Scott Timberg at 1:21 PM No comments:

ANOTHER bit of catching up here: My latest article concerns the art galleries that made Los Angeles an important center for contemporary art in the years before the LACMA opened. I looked primarily at three gallery owners -- Irving Blum of Ferus, Virginia Dwan and Riko Mizuno.

HERE is the story, which due to the Times' layout looks like it is almost entirely a correction. (It's not.)

It's notable, of course, that two of these key figures were women, especially given how macho the LA art world was in the first few postwar decades. (Ferus included.) Here is a page about a show at Crossroads School about woman gallerists in the '60s and '70s.

Some of these themes will be part of a West Hollywood branch of Pacific Standard Time called It All Started Here.
Posted by Scott Timberg at 1:32 PM 1 comment: 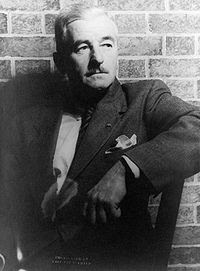 THE holidays have slowed me down -- happy new year, by the way -- so I'm a bit late on getting this up. Recently I had a story in the LA Times on David "Deadwood" Milch and his new deal to oversee adaptations of Faulkner's novels and stories to HBO.

When I began this piece, I thought the idea preposterous: I remember struggling with The Sound and the Fury as a high school student. But as I spoke to my sources -- two literary scholars and a television historian with experience in audience testing -- it started to seem feasible, if still difficult. If anyone can pull this off, it's David Milch.

Will be curious to see how this unspools.
Posted by Scott Timberg at 12:13 PM 2 comments: