ACCLAIMED jazz pianist Brad Mehldau, who has become, probably, the most celebrated jazz instrumentalist of his generation, was in town this weekend, performing at Disney Hall. (Quite a good concert - Chris Barton's review here -- with both a chamber orchestra and a percussion-heavy combo, though I think he's best in a club in a trio format.)

He made a brief mention, in between songs, to his years in LA, and how much of his last record, Highway Rider, was inspired by driving around California. He also mentioned how New Yorkers don't "get" LA's car culture.

It all made me think back to the rainy evening, in 1998, in which I had a dinner interview with Mehldau during his time living here. (This was for the now defunct New Times LA.) We met at the Bourgeois Pig coffee shop -- he was living nearby, on Argyle, I think -- and I remember seeing him in the doorway with the hood of what I think was a yellow coat pulled over his head. He was more comfortable and easy to get along with than I expected from his brooding stage presence and recent drug history.

LA, he told me over dinner next door, at La Poubelle, had thrown him in with musicians with a wider range of interests than what he'd found in New York. We talked about Bill Evans and McCoy Tyner, of course, but also Stereolab and the scene at Largo, where he had fallen under the spell of Jon Brion, who would eventually produce several of his records. (Including one called "Largo.")

"It keeps me away from the trap of New York," he said of musical life here. "All these guys studying bebop records. What's great about jazz for me is that it's always had a sacrilegious attitude toward taking and borrowing -- it's got Tin Pan Alley melodies, classical music, African rhythms. So I get a little antsy about any talk about 'jazz purists.' "

(Of course, it didn't help than it New York he was drinking too much. "But it was the heroin that really took me down."

When we talked about Bill Evans, by the way, Mehldau said he was more inspired by "the interaction that was going on in the rhythm section" than Evans' often twilit playing.)

Mehldau has been back in New York for some years now, and while LA may have been crucial for the blossoming of his eclecticism, he's joined a very long list of West Coast jazzers -- Ornette, Mingus --who've had to take off for New York to gain a larger audience.

I can say that if I'd been told, after that dinner, that Mehldau would become the biggest 40ish jazz artist and that Joshua Redman would be playing as an (inspired) sideman in his band, I'd have not believed it.
Posted by Scott Timberg at 11:55 AM 1 comment:

The Return of Franz Liszt

I STILL remember the elementary school assembly in which a local musician in a long white wig came in to play piano and talk to us about classical music and the 19th century craze Liszt-omania. 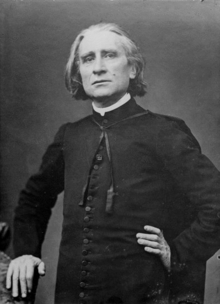 And while it's true that Franz Liszt inspired all kinds of insane behavior, especially from swooning young women, there's more to the composer than that.

In today's LA Times I speak to Louis Lortie, HERE, a Berlin-based pianist who will perform Liszt's seldom-played Annees de Pelerinage at Orange County's Segerstrom Hall. The work, which translates as "years of pilgrimage" and last almost three hours, tells the story of Liszt's life as well as the evolution of his compositional style.

I also have a sidebar where Lortie talks about why Liszt is both the most intriguing 19the century composer and why he remains underrated.

Tonight, by the way, I will be at Disney Hall seeing a pianist of a very different stripe, jazz giant Brad Mehldau.
Posted by Scott Timberg at 11:11 AM No comments: 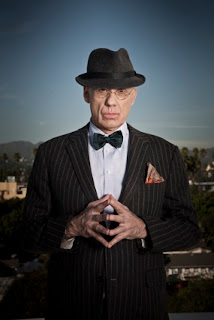 CRIME novelist James Ellroy is hosting a new television show that goes up Wednesday night. He's both perfect for this -- who's written about crime in the Southland better than Ellroy? (All due respect to Ross Macdonald, Robert Crais, and a few others.) But his manic intensity also makes him a strange fit for television -- he can be a bit too much onscreen.

The show looks at both classic LA murders -- the Black Dahlia, Ellroy's mother's slaying -- as well as more recent stuff. Much of it it familiar to Angelenos. The busload of TV journalists I rode through town with on a chartered bus -- Ellroy ranted and raved up front -- were mostly spellbound by the mad dog. Here is my full story.

Some highlights from the tour:

"I am nothing if not a right-wing, LAPD apologist."

"The twin influences on my childhood were Confidential and the Lutheran church."

Finally, on the Ronnie Chasen murder:

"Somebody will rat somebody out for it... It will be an astonishingly prosaic revelation. It will be a head-scratcher until then.... And life will go on."
Posted by Scott Timberg at 10:29 AM No comments:

The Long Career of Michael Medavoy 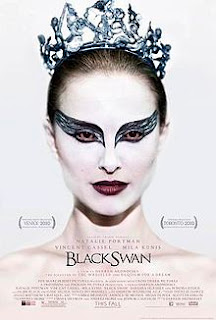 NOT long ago, Mike Medavoy was hanging out with a bunch of other producers – most of them guys who had been too young to work in the business in the ‘70s but looked back with longing at its maverick glory. Medavoy, by contrast, had played a small but important role as a studio exec who’d helped Rocky, Apocalypse Now and One Flew Over the Cuckoo’s Nest see the light of day.
“They all said, almost in unison, that the best movies were all made it the ‘70s,” Medavoy recalls from his Culver City office, dominated by a Persian rug and overstuffed furniture that make it feel like a comfortable living room. “And I said, When were in the ‘70s, making these movies, I thought of the ‘40s as the era I was interested in – a combination of ‘40s movies and the New European movies coming out.”
The one person who wasn’t sentimental for that period, then, was the one who’d really been there. Those were good years, he says now, but why pine?
Despite working during this blossoming of American film – which he saw undone, he’s written, by “filmmaking by committee” and corporate takeovers in the 1980s -- Medavoy doesn’t rail against the forces of history. He’s old-school in his tastes, in many ways, but resists easy nostalgia. (He's more recenty worked on Shutter Island and Black Swan.) 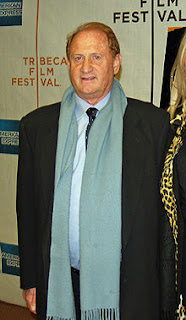 “I don’t despair of where it’s all going,” says Medavoy, who has thinning red hair and is dressed in faded jeans and a baggy black shirt. “I can’t change it. I never get emotional about things I can’t change.”
The rest of my story on Medavoy runs in the new Hollywood Reporter.
Posted by Scott Timberg at 10:19 AM No comments:

The Failure of AT&T

THE other night, during the relentless stretch of rains that hit Los Angeles around Christmas, I was awoken just after 1 a.m. by pounding on my front door. Stumbling to the door in my bathrobe, I was greeted by two uniformed members of the local police department, one of whom shined his flashlight into my eyes. 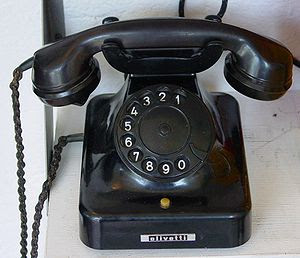 The reason for this unexpected visit? In large part this was caused by the idiocy and selfishness of AT&T. But I’m getting ahead of myself.
“Is everything alright in there?” one of the cops asked. Apparently my phone line -- which had shorted during the storm -- had dialed 911.
The two asked if they could come in, and as my wife walked out of the bedroom rubbing her eyes, the officers went into my 4-year-old son’s room to make sure he was safe and sound.
I was several days into having no phone or Internet service – the fourth time I’d lost my connection since mid-November. The rains made life difficult for a lot of people, but these problems go back long before the bad weather. David Lazarus, in his excellent column in today’s LA Times, points out that AT&T still has 70,000 “trouble tickets” in Southern California.
I work, of course, as a journalist and blogger; losing my connection is serious business. I had to speak to a very rigorous New York Times copy editor from a loud coffee shop where I spent most mornings getting a few hours of WiFi for the price of a latte. I ran to the local library – grateful for its presence but cursing the shortened hours – so I could email articles to the LA Times and LA Weekly. I became much harder than usual for my editors to contact.
And since the only consistent line I had to the outside world was my cell, which does not work very well from my hilly neighborhood, it was almost impossible to have a conversation for longer than about a minute. My Christmas calls to my family back east did not exactly benefit from this.
I spent hours calling AT&T, punching my land line number into my cell phone, waiting on hold for 30 minutes at a time, getting passed from one customer service person to another, having to retell the story each time.
Lazarus spoke to the company’s technicians, who argued that the problems were aggravated by bad weather but did not have to be nearly this bad:
"The company hasn't kept up with maintenance and upgrades for the network," one said. "That's why the problems are so widespread."
The technicians said cables and phone lines wouldn't have been so waterlogged if their casing and insulation had been inspected and repaired at more regular intervals. Both cited hungry squirrels chewing on lines as a key reason water gets in.
They also said flooding of underground vaults and pipes wouldn't have caused so much damage if the facilities had been regularly maintained.
Eerily, everyone who came out from the phone company was friendly and seemed competent, but in every case but the last (knock wood), my service was down again in a matter of days.
By the time the cops came back a few days later, after another errant 911 call, it was more stupid than scary. (Though a serious waste of the police’s time. And if another emergency call came in, the officer told me, I’d have to pay for their appearance.)
Here’s Lazarus again: I'm not telling AT&T how to run its business. But for a company that pocketed $12.3 billion in profit in the third quarter of 2010 alone, maybe it wouldn't hurt to have a few more techs on hand.
It was only Sunday, TWO FULL WEEKS after I first reported the trouble, that my service was restored. Since mid-November, I’ve been without phone and Internet more often than I’ve had it. This is the worst customer service I’ve had in my life, proof that companies cannot regulate themselves. Here’s hoping AT&T does as better job in 2011, or it risks losing a big chunk of its business.
Posted by Scott Timberg at 10:29 AM No comments: