Farewell to a Los Angeles Chronicler

SOMETIME during that hazy, gray zone around Christmas and New Year’s Day, one of LA’s finest scribes left town, maybe for good. I’m talking about former Village Voice/LA Weekly/Los Angeles magazine writer and editor RJ Smith. He’s also the author of two acclaimed books, The Great Black Way: LA in the 1940s and the Lost African-American Renaissance and last year’s The One: The Life and Music of James Brown, a deep cultural history which got two rave reviews in the New York Times.

But RJ has been a startlingly cool cultural journalist for decades now:  When I moved to town, in ’97, he was one of a very few bylines I already knew, from his work in the Voice and his decamping for the LA Weekly during an early-90s heyday during which it employed – I think I have this right – Jonathan Gold, Lynell George, John Powers, Tom Carson, Steve Erickson and many other luminaries. (Manohla Dargis arrived, I think, near the end of that period.) My now-wife worked as an intern around this time, and picked up the phone one day to find Arthur Lee, of the band Love, calling.

When I met him years later, at the old Knitting Factory at what may’ve been a New Pornographers show, I was a bit starstruck. And for all the journos laid off during the dark days of ’08 and ’09, RJ’s dismissal may be the most inexplicable.

He’s written about death of Elliott Smith for Spin and Steve Martin’s art collection for the New York Times magazine, and recently penned a line (involving Iggy Pop) in his Los Angeles magazine piece on artist Chris Burden that nails a cultural phenomenon I’ve been trying for years to describe half as well. He’s about as perceptive a reporter as I know, with some of the outsider's perspective you see in everyone from Carey McWilliams to the late Huell Howser.

RJ is an elusive cat (“RJ? We don’t even know his real name,” a mutual friend told me the other day), but we managed to become friend over the last few years here. I’ll miss him personally and professionally – he’s been a valuable source of advice on my own book. And I know I’m not the only Angeleno who will miss his decoding of the complex culture of the Southland. With just about every piece, RJ tackled his subjects in a smart, off-center way that never would have crossed my mind, but still made it clear in the writing.

Here at the Misread City, we’re wishing RJ well at his next gig, at Cincinnati magazine, in a city he got to know through the record label that put out some of James Brown's earliest (and finest) recordings. Angelenos’ loss will be Ohioans' gain.

Though part of me wonders – what’s happened to the journalistic scene in Los Angeles if it can no longer hold talent like RJ Smith? Here’s hoping his exile might not be permanent.

When you came to LA in 1990, it was before the riots, before Salonen, before Beck’s breakout, and so on. How did the city strike you then: Did it seem wide open in some ways? Culturally sleepy?

I came to Los Angeles in 1990. Jonathan Gold had famously just been fired as music editor at the LA Weekly, and Kit Rachlis, who I had known at the Village Voice before he became editor of the Weekly, brought me in to rebuild the music section.

I thought I would be here a couple of years and then head elsewhere, but LA has a way of redefining your suppositions. We stayed. The early 90s were an amazing time to be here: You could see Beck in a Star Wars helmet playing a vacuum cleaner in a bowling alley; painters were fighting to reclaim downtown inch by inch; Pocho was this heresy of a zine. The coolest stuff was weird, out, then, and when you stumbled onto something good you really felt like you had discovered a treasure.

Hard as it is to imagine today, there was a time when people talked about attacking the citadel of the Music Center.  Or maybe it was the LA Times. These days there is no death star to conveniently focus on; the Times and the Center are just flavor-bringers, their monolithic status long gone.

There’s a feeling that a lot of stuff is going on and not much feeling of a target worth hanging your ambitions on. (Other than New York, always an inviting target to LA: I think why the fate of MOCA is crucial to watch is not tied to the idea of “high culture” vs. “pop culture” but to the question, who will define the LA art world: New York or LA money?)

Your James Brown book, The One, got better reviews than just about any non-fiction book I can remember. What was the best thing about writing that?

Connecting with the south in a way I never had before. It was amazing to be traveling across South Carolina and Georgia just as Obama was getting elected the first time. That, and getting invited over to Bootsy Collins’ house for dinner.

You wrote incisively about the press for LA magazine. When you arrived here, the city had three alternative weeklies, one with a whole research and fact-checking department. There were other reasons to think our publications might compete with those in New York. How does the print journalism scene compare these days? Are there fewer forums for serious or personal work than when you arrived?

To speak the obvious, there are as many or more outlets today, they’re just not paying what they used to. Or, just not paying. The LA Review of Books is a still promising project, and Arthur is up and running again. KPCC and KCET have been hiring journalists, and Slake showed what was possible with literary journalism at least until a better paying job comes along. It did good stuff.

Hard to say if people are better or worse informed than they used to be. I’m still waiting for somebody to call bullshit on Gangster Squad’s glorification of Chief Parker!

You’re headed back to your native Midwest. What attracted you to Cincinnati magazine?

Well, first of all it’s nice to be living in a big city that has a football team.

I grew up in Detroit, and I suppose from a few angles Cincinnati reminds me of that place. A great editor is getting rarer and rarer, and in Jay Stowe, Cincinnati has somebody I was eager to work with. I’ve known his reputation since he was at Spin, and from there the New York Observer and on to being editor in chief at Outside. I started talking to him when I would come to Cincinnati to research King Records for the JB book, and the more I saw of the city the more interested I got.

It’s a place with a mix of north and south, tea partiers and anarchists. Plus it has, in Wussy, the best band around right now, and I got to see them play in Over-the-Rhine last Saturday night. Working in a town with a humane cost of living gives me the chance to conceptualize, and write, the next book, and maybe the next one too.

What will you miss most about LA?

I would drag any stranger or friend I could to Watts Towers upon arrival in town, hoping they would see what I saw: an amazing upwelling, a monument to the individual and the community.

LA is a great place to build crazy stuff in your backyard without criticism orperhaps interest from your neighbors. Call it freedom or a lack of care, but LA gives you a lot of space to make stuff up.
Posted by Scott Timberg at 1:24 PM No comments:

A few years ago -- before the crash, back when everything seemed to me moving forward more or less fine -- I went to New York to interview three youngish writers with first novels due. I asked:

Is it possible to lead a dedicated literary life in the billionaire-filled, media-crazed New York of today? To be heedless of the material world as you burrow into novels and ideas the way the old Partisan Review gang did in the '40s and '50s, to come up with notions that rock the intellectual landscape? And if so, who exactly is still paying attention? 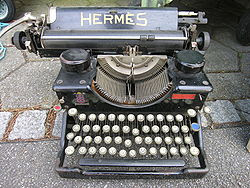 The three novelists -- Nathaniel Rich, Keith Gessen and Ed Park -- all had slightly different answers. You can find my story here. I'm still unsure how the changed economic/literary/journalistic landscape changes all this.

And these days, Rich has a new novel coming -- fresh off a burst of journalistic activity and a profile on him and his bro in NYT Styles. Gessen had a recent piece in the New Yorker and continues to write for  N+1, which he helped found. And Ed Park, a longtime editor at The Believer, was recently hired by Amazon to acquire new fiction.

Look forward to more from these three gents.
Posted by Scott Timberg at 8:50 AM No comments: