But we’ve only recently caught up with Moody’s folk/modernist band the Wingdale Community Singers, whose latest album, Night, Sleep, Death, splices their music with (among other things) the poetry of Walt Whitman. Moody sings and plays guitar in a band that also includes Hannah Marcus and David Grubbs of Gastr del Sol. 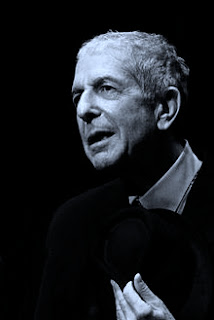 We spoke to Moody about Skip James, his Taylor guitar, Saint Augustine, Brooklyn, Bob Dylan, the sounds in his head, and what the band means to a writer like him.

Let’s start out with some sense of your favorite artists within this country/folk tradition you guys seem to be plying. Who are a few who shaped your approach?

I think it has been revealed over the years that the guy all three of us love in equal measure is Leonard Cohen. Once you get past him, we diverge slightly. Hannah Marcus is really in an Old Time/Irish music kind of way, these days, and can tell you everything about Alice Gerrard or whoever is the hot new fiddler. Dave Grubbs knows a lot about innovative and experimental music, but has lately been doing guitar transcriptions of Gesualdo. He also loves, as I do, Skip James, and often seems to have such a breadth of early recorded music under his belt that one is surprised by his learning. But then he is a very brilliant guy. I probably have more mundane taste by comparison, in that I also like some well-known music in these areas. The Harry Smith anthology. Johnny Cash. John Fahey. Martin Carthy. Fairport Convention. Even Simon and Garfunkel. That guy from Minnesota. And I am not averse to contemporary acoustic music, either, if it is played with the requisite level of dread. Sam Amidon, for me, really gets to the dread sometimes. Jolie Holland. The Be-Good Tanyas.

We assume that a novelist who is in a band is some kind of showoff, charlatan, dilettante, or opportunist – it’s like the way Letterman used to be able to say “actor-singer” and we’d all bust into derisive laughter. Where did this come from?

Do you mean why is it so funny? I dunno! I always played music, lifelong, took voice lessons as a kid and so on. So for me it’s not a footnote in my life, but very central to my life. I just happen not to be as good at it as I am good at novel-writing. I understand this rubs people the wrong way, and I kept my musical interests under wraps for a long while. But I think creativity is sort of a general condition, not a genre-specific condition, and after a while it seemed stupid to me to pretend that I hadn’t given a lot of my life to music. I recommend not dismissing this work out of hand because of my writing, but I also recommend against listening to these records as the work of Rick Moody the novelist. This is the work of a band, with a very group-centered approach, and it’s a band that has been together a long time now (ten years). We know who we are and how we work together, and the individual identities are not as important in the Wingdales as they are outside of the Wingdales. 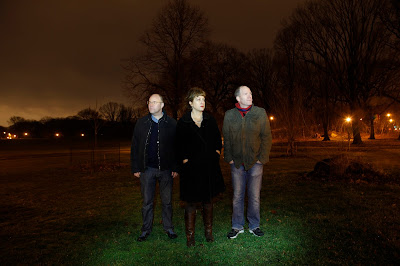 You’ve written that being in a band – and especially, singing harmony -- has improved your novel writing. Has it done anything to your music writing?

I’m a lot better music writer these days because I actually have experience in the studio and onstage. So I can, in fact, write from songwriting experience, and recording experience. Before I only wrote from listening experience, which, however passionate, is different from trying to write and play the stuff.  I am not a sophisticated musician—I will never score parts on a staff—but I am not a total idiot either, and that, I expect, makes me a better music-writer.

Your band has found an oddly resonant space halfway between the Carter Family and Richard and Linda Thompson. How does fellow Brooklynite Walt Whitman fit into this?

Whitman is not the only guest lyricist on the new album. Andy Warhol is source material for Hannah’s song “So What?,” and Augustine of Hippo is cannibalized for “No Rest,” and one song is made entirely out of fortune cookie fortunes. The point was to disrupt the confessional lyric a little bit. We are trying not to be singer-songwriters in the usual way, we are trying to be songwriters in the more broad sense of the thing. Whitman is obviously a great touchstone of Brooklyn identity, and we are from Brooklyn, and we are all big readers, so Whitman is not a stretch. He’s someone we love, as we love Lightnin’ Hopkins or Karen Dalton. And why shouldn’t his songs be set to music? They happen to be very hard to set, because of scansion issues, but that’s part of why it was fun.

These days, nobody wants to be among those who booed Dylan at Newport. But is there something valuable and irreplaceable about acoustic instruments? (I’m aware that there is an organ or something on this new record and an electric guitar on some of the earlier stuff.) 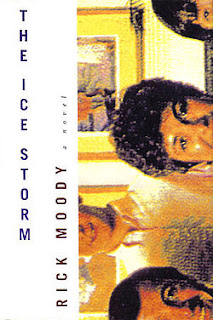 Well, here, I’ll say an unpopular thing. I don’t think those Dylan gigs with The Band were so great. I understand it was a brilliant gesture, and I like the electric guitar as much as the next guy, but I think the acoustic Dylan is more masterful in some ways. On the 1966 authorized boot, I thought the “Visions of Johanna” recording was way better than the electric stuff.  For me, it’s about how much you can strip away. The more you strip away, the more emotionally resonant the material is. (See,Good As I Been To You, e.g.) This is true on a lot of punk recordings too. I think Suicide, for example, is an extremely emotionally resonant band, and there’s obviously nothing acoustic about that music. The fact is, the more musicians are on the stage, the harder it is to have everyone pulling toward the meaning of the song. When there’s only one personthere, then you definitely have a shot. The acoustic instruments are valid because they are really quiet, and they leave a lot of room for singer and song. This seems good to me. But those Billy Bragg albums where he plays solo electric are good. The late John Fahey recordings on electric are good. And very minimal. For me acoustic music is minimal music, and that’s what I like.

What kind of guitar do you play and how important is it to you? Do you have any kind of models for your guitar playing?

I play a Taylor acoustic with onboard electronics, so I can plug it in. But I also have a Canadian acoustic that my brother-in-law got for me last year, a cut-rate affair with no particular legend attached, that should bebad, but which is extremely good, with excellent resonance in the lower strings. I really love it a lot. (Its name is Tex.) I am not a gear hound, at all, because I came from punk rock days, when people banged the shit out of their gear, or used really substandard gear. If I think it’s really about the song, then obviously I’m not going to give a shit about the guitar. I have a Mexican Telecaster, but it will not do what I want it to do, at all. I would like to get a Rickenbacker and will some day. My models for guitar playing would be people like Alex Chilton and Chris Stamey, who are rudimentary, but sort of ecstatic at the same time. I love Tom Verlaine too. Or Sonny Sharrock. But I will never be a player like that. For me it’s just about sketching out the chords and letting the band do what needs to be done around me.

You come from a tradition, at least in part, associated with hostility to music and the arts in general: The Puritans are famous for ripping the singers’ benches out of churches – leaving only “bare ruined choirs” – smashing the stained-glass windows, etc. How do you find yourself a musician 500 years later? Do you ever want to smash everybody’s instruments – Pete Townshend-style -- in rehearsal?

I think acoustic music in general, and especially in some of its idioms—gospel, blues, folk—are not immune to a church interior. I think God, if not the fire-and-brimstone God, then some other more sympathetic God, is not antithetical to acoustic music of the kind that we play. Melancholy is kind of numinous. But as for wanting to smash my guitar, SURE. I definitely identify with Pete Townshend’s feeling that there were sounds in his head that he couldn’t get down in song. I feel that way a lot.

Posted by Scott Timberg at 9:45 AM No comments: