Philip K. Dick and the Suburbs 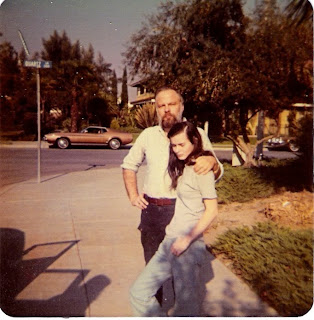 THE science-fiction writer Philip K. Dick was a bearded Berkeley bohemian -- the last guy you'd expect to move to Orange County, Calif., at a time when its John Birch reputation was still well-deserved. But after a disastrous year or so, the author relocated from the Bay Area to SoCal, and wrote some of his most important work.

Dick has also become the first sf writer to land in the Library of America's prestigious series of out nation's foundation texts; the third volume, mostly of work written in OC, came out last summer. To me and many others, PKD was a flawed writer (and flawed man) who also, often in great haste, wrote the work that best anticipates the world we're inhabiting and heading toward.

If all this is old news to you, I recommend you wait until Monday when the director's cut -- six daily installments on Dick's final decade -- unspools on the LATimes' celebrated Hero Complex blog. (That blog,  which looks at sf, fantasy, comics, and other assorted fanboy fare, is run by my tireless and obsessive old colleague Geoff Boucher.)

If you're interested in the more modest Sunday paper version, by all means go here for my new LATimes piece on what might be the most serene and most tumultuous period of this author's life.

Whatever version you prefer, I spoke to a number of figures in Dick's life and afterlife: The sf/fantasy writer Tim Powers, Dick's daughter Isa and his fifth wife Tessa, the mastermind of the exhaustive Total Dick Head website, and the keeper of PKD's flame -- novelist Jonathan Lethem.

I'll be posting each of next week's installments here -- please keep your eyes peeled for more on this complex and contradictory figure!

Nice piece. I've been a PKD fan for eons. It's always great to learn more gossipy tidbits. My own favorite book of his is The Man in the High Castle. I'll look forward to the rest of the pieces.

Glad you liked -- Man in the High Castle was the first PKD novel I ever read and still one of my 2-3 favorites. Generally an atypical one for him, don't you think?