More Trouble at the LA Times

THIS week saw the fourth (or fifth?) wave of executions since I myself was sent to my bitter end in October 2008. My heart goes out to my old colleagues who've suddenly lost their jobs -- you deserve better. 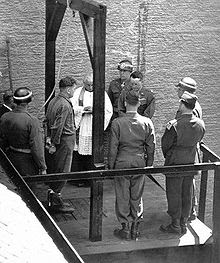 Unlike a lot of former Times people, I still get the paper delivered and derive some -- though it looks like in the future, less -- of my income, from the place. (The company that gave Cereal Killer Mark Willes, David Hiller and others who helped sink the ship multi-million dollar golden parachutes has just cut all freelance book coverage: Man, those $500 book reviews were bleeding the place dry!)


And today's front page piece by Scott Gold on the Jupiter mission shows just how good the Times' coverage can be even in these difficult days.


But what I'm struck by is the kowtowing, go-team! farewell notes that fired LATimes staffers write as they're on their way to the gallows. I wrote one too, on the day I was told, out of the blue, that I had til 5 pm to leave the premises or be escorted out by security.


Jack Shafer at Slate penned a piece not long ago about what angry employees write when they are cashiered.


I guess I'm not thinking anger, but honesty. How bout this:


"Today is my last day at the Times. Those of you at your desks: I will miss you all. Someday, when you least expect it, this will happen to you, too, and you will be writing one of these stupid notes as you madly pack your belongings and shuffle toward the guillotine.


"And you will, as I soon will, struggle to keep your marriage together, to keep your kids in school, to keep your house from being repossessed. You may not sleep straight through the night for months (or years).


"If the economy continues to limp along as Congress obsesses over the deficit and ignores unemployment, you might not work for years. Some of you will never hold a job again. For some of you, things will go a bit better, but the chances of you regaining your current salary are almost zero.


Meanwhile, Tribune brass are giving themselves bonuses and Sam Zell is griping about how hard the deal he cooked up ended up being to his net worth. 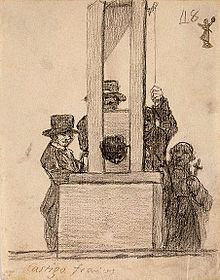 Journalists pride themselves on "speaking truth to power," so I'm scratching my head as to this docility. (My friend Steve Wasserman describes picking up "a whiff of the good commissars being sent to the Gulag and thanking the Party for the privilege of serving.")


Part of it is just confusion -- I was so blindsided that day that I was in a kind of low-grade shock, and mostly just remember a good friend buying me lunch and another friend helping me get out of the building before security dragged me out.)


My wife, who works in the school system, says teachers, librarians and others work their fingers to the bone until the very minute they are laid off -- and with few plans as to what to do next -- because they see themselves as working for "the kids," not some uncaring bureaucracy that will fire them in the blink of an eye.


I did the same thing -- I was toiling for "the reader" whom I idolize and revere, staying up late reading the books I was covering, or obsessing over my stories while I was taking a shower or clearing the table or watching a movie, so that reader could have the very best work I was capable of. "Go, Scott, go!" my editors said. "We love what you are doing! Keep it up!"
But as with these "classy" farewell notes, it's all a lie. To the people who fire you, you are a number on a spreadsheet.
If you still work at the Times -- and I have many friends left at what is still, most days, quite a good paper -- please protect yourself. Take it from me: No amount of good evaluations, no number of high fives, no apparent love and support from your bosses will save you.
And my best wishes to those now launched on the dark adventure I've been on for almost three years now. Good luck -- you will need it.
Posted by Scott Timberg at 10:46 AM

i disagree completely about about the notion of "speaking truth to power."

On a related note, wonderful article. Thank you very much for speaking truth *about* power.

Glad you liked the post; a bit confused on what the problem here is re the journalistic giant-killing pretension curdling into obsequiousness.

Nice piece. If Rutten's not valued, then all is truly lost. Reading your profile, don't see any music faves that would use an archtop. Just sayin'.

I will have to update to include Lonnie Johnson, Grant Green and Barney Kessel !!

Thanks for writing this, Scott. You're a special writer I've admired from afar for years.

Many thanks to Pete and Geoff.

In case you’re fascinated by additional surveys, the how to get rid of spots overnight might aid you
Edgard