DESPITE our well-documented bias for things West Coast, the Misread City gang has a deep and abiding love for the work of Dean Wareham going back to the Galaxie 500 and Luna eras. The day after seeing Luna on its first US tour (opening for the Sundays, if memory serves, and before the first LP), we walked to the local record store in Chapel Hill to pick up the band's Slide EP. (It was what we imagine kids in the '50s used to do.) 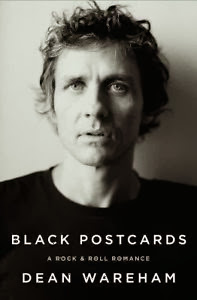 Dean -- whose roots are in Australia and New Zealand and whose early bands were based in Boston and New York -- has recently moved to Los Angeles. He's also just released his first solo record, an EP called Emancipated Hearts. (Check out the track called Air.) We spoke to Dean about his new work, the state of the music business, and his feelings for California.

Dean Wareham plays Thursday night at Largo at the Coronet, one of LA's best clubs. We'll be there. Here's our Q & A with him.

You’ve been in a number of semi-famous indie bands – Galaxie 500, Luna, Dean & Britta – and are now releasing what I take to be your first solo recording. How is it different from leading a band, and is it strange feeling to be on your own?

To tell you the truth it still feels like a band effort, these are musicians I have been playing with for some years now: Britta Phillips on bass and Anthony LaMarca on drums, and augmented on this mini-LP by producer Jason Quever, who played keyboards and electric guitar. So anyway, technically yes it’s a “solo” release because it says so on the front of the record. I’m doing all the singing, and I write all the lyrics and melodies, but I depend on those around me to help figure out the arrangements.

That’s not so different from how I’ve been recording my whole career. Perhaps the difference was at the mixing stage, Jason Quever mixed it, and I was there too, but we didn’t have a whole band sitting behind him making comments. Last night the four of us had a rehearsal at Jason's studio in San Francisco and the band sounds really good, both on the new songs we recorded together but also on the Galaxie 500 and Luna songs we are doing.

You’re known for songwriting, but you’ve always had a great knack for covers – Wire’s Outdoor Miner, Jonathan Richman, Sweet Child of Mine, and so on. What makes a song right for you to play, besides, you know, liking it?

Picking covers is hit and miss. Just because I love a particular song does not mean I can pull it off vocally. I covered "Distractions" by Bobby Darin, a sly anti-war song from his folk period. But my rendition was not quite successful. Nor was Luna's rendition of "Dancing Days" by Led Zeppelin, though at least there is a bit of comedy in my singing that. Anyway I do look for songs that are under-appreciated, lost even.

One of my favorite tracks on here is the digital-only number, Living Too Close to the Ground, an Every Bros song significantly less well-known that, say, Cathy’s Clown. How did you stumble upon this one and what made it seem right for you? 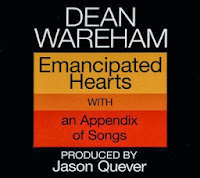 The Everly Brothers are amazing, first for their rhythm guitar playing (and this is more evident in the ‘50s songs), but there is also this ‘60s period where they recorded a number of great albums for Warner Brothers, albums that didn’t do well at radio (at least in the States, they were more popular in England). They were probably out of fashion, but they kept making records. “Living Too Close to the Ground” I think was written by their bassist (though I’m not positive about that, I’ve read a couple different things); anyway it is a great lyric and their recording is haunting and weird. I’m happy with how mine turned out too — there’s a delicious slide guitar solo in there — played by Jason.

You’ve written in your memoir Black Postcards one of the best assessments of the shift from the label era of the ‘80s and ‘90s to our current post-Napster musical universe. Lots of raging debate right now on Pandora, piracy, the joys of going it alone with Kickstarter, etc. Be brief if you like, but how are you enjoying our brave new world?

I didn’t quite realize as I was writing my book, that it was about something that was disappearing, a world of compact discs and tour support and even indie labels giving healthy advances to bands. The book ends in 2005, since then of course many more changes. Back then it was the early days of piracy (or filesharing), now people are just as concerned about streaming.

As you say, there have been some interesting discussions online lately, David Lowery arguing that the internet revolution has been terrible for musicians, and others writing about the dangers of Spotify — and on the other side Dave Allen, formerly of the Gang of Four, arguing that “the internet doesn’t care” and that we are simply in a transitional phase between technologies, with new markets being formed. Maybe that's true; certainly the old marketplaces are disappearing and we can see that with our eyes. Dave Allen also points to artists like Amanda Palmer and Trent Reznor and says they’ve got it figured out -- so what’s wrong with the rest of us? Which sounds like an updated bootstrap argument to me, something Dickens would make fun of. We hear similar thoughts from Thomas Friedman, that if we can continually reinvent ourselves and learn new technologies, we’ll be fine.

At any rate there have always been challenges, being a recording artist or musician has never been a very reliable job. I know the 1990s were good times for the music business as a whole, it was a golden age where they convinced everyone to replace their vinyl collection with compact discs, how great was that? And if your band had a hit at radio, then maybe you did well.

It is an interesting time to be in a band; there are certain advantages — it’s cheaper than ever to make recordings and distribute them all over the world, via the miracle of Internet and social media. It's easier than ever to reach your audience. The problem now is it’s more difficult to sell music. We hear a lot that music should be free. Sure, it should be free, and so should health care and education, and recording studios, and my rent should be controlled too. But unfortunately we don't live in that world.

You moved to Los Angeles earlier this year. What’s it like for a longtime New Yorker, originally from down under, to land in California? What do you like here and what do you miss about the East?

I lived in Sydney, Australia, from age 7 to 14. I only know Sydney from a child’s perspective, but Los Angeles reminds me of that city — the sprawl, the perfect weather, the Eucalpytus and Jacaranda trees. I have only been here six months but Los Angeles certainly has its charms, its rich history, good food, plenty of culture. But I miss some of the freedom of New York, where it is much easier to go out at night, easier to wander the streets or ride a bicycle. Life in Los Angeles, as John Cassavetes said, is life by appointment. But the truth is I spend most of my time at home, avoiding traffic, playing guitar, running my record label, making sure the social media is updated — pulling myself up by my bootstraps.

Posted by Scott Timberg at 4:24 PM