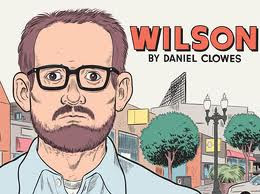 "I didn't intend to go in and try to push the envelope on how unpleasant I could make him," a slim, bald and darkly handsome Clowes told me over coffee at a Los Feliz cafe. "It came from within: I thought I'd make something both personally meaningful and something an audience would find interesting."
"I think we have a similar worldview," the author allowed. "And his sense of humor — finding humor in the razor's edge between tragedy and comedy — there's a lot of resonance between me and him."
Here is my full piece. Very eager to see how this project goes.
Posted by Scott Timberg at 10:07 AM