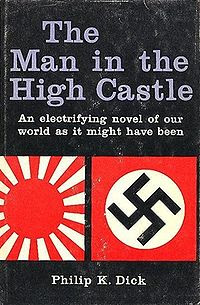 
Our sense of an artist’s development usually involves some kind of external stimulus that knocks creativity into a higher pitch. But nobody knows where it comes from.
“Sometimes artists just do things because they’re ready to,” Jonathan Lethem told me. “But look at his life relationally: Dick was a son – an adolescent,” during his early, childless years, moving through a series of mentor relationships.
“In Marin, Anne was an adult in a different way than he was used to. Everything forced him into a role as a father as an adult. You can see the rest of his life as a running from that. But it also deepened the work.”
Posted by Scott Timberg at 4:17 PM

Loved opening my NYT and seeing this story. Read a few grafs and then checked the byline -- whoohoo!