I've been hearing about the legendary Lorin Stein -- a hip young editor at Farrar Straus and Giroux, probably the coolest of the major houses -- for years now. So I wasn't alone in cheering when he was appointed the new editor of the storied Paris Review.


Stein -- who has edited novels by Denis Johnson, the press's translations of Bolano's Savage Detectives and 2666, and three of the five National Book Award finalists from 2008 and, more recently, Sam Lipsyte's The Ask and Elif Batuman's The Possessed -- takes over the job held for decades by George Plimpton and most recently by Philip Gourevitch. 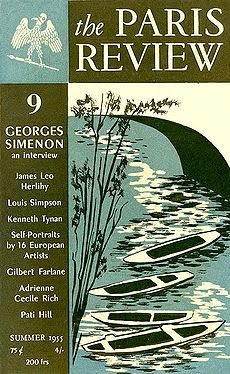 (I recall meeting Plimpton at the LATimes Festival of Books a few years ago -- it was the most starstruck I have ever seen my then-girlfriend/now-wife.)
I've corresponded with Stein a few times and been struck by both his serious commitment to literature -- he is a burning advocate of the twisted poet Frederick Seidel -- and his highly developed Gen X irony. (Will the next Paris Review offer long interviews with Pavement's Stephen Malkmus, Lois and poet David Berman? The Misread City would not object.)
I spoke to Stein in '07 for THIS story in response to Granta's '07Best Young Author's issue, which included many foreign born authors. (The piece also includes interviews with then-Granta editor Ian Jack and critic Laura Miller.)

He talked about the days, as recently as the mid-'90s, when a literary review's author list could still enrage people:
"I'm not going to be able to walk into a party, or a bar, and get into that fight now," he said. "Because that discussion is over. The readership has fractured, and reads less, and spends more time e-mailing. And it makes less sense to talk about novelists now -- the really creative writing is being done in other genres" such as the personal essay, reportage and criticism.
"The novel has become like landscape painting," he said. "It's the 'top' genre, but not, in real life, the main one."
Here's looking forward to where Lorin Stein takes the Paris Review.
Posted by Scott Timberg at 11:01 AM