The Return of LA Noir

ONE of LA's greatest exports has always been dread, and our signature writer is still, three quarters of a century later, noir novelist Raymond Chandler. And now, thanks to a new anthology, all that murder, deception and unpleasantness is back. 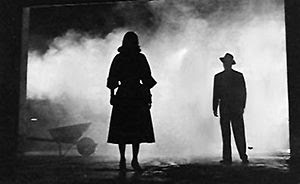 A few years back, local mystery writer Denise Hamilton (The Last Embrace) and Brooklyn's Akashic Books put together a collection called Los Angeles Noir that looked at the inheritors of the private detective line of crime fiction.

A new anthology on Akashic looks, now, at the origins of that tradition. Los Angeles Noir 2: The Classics begins with a Chandler story, "I'll Be Waiting," from the '30s, and includes work from Chester Himes and James M. Cain before moving into the postwar period with Ross Macdonald and, eventually, Walter Mosley and James Ellroy. (Science-fiction fans will be intrigued by a '40s story by sf writer Leigh Brackett, called "I Feel Bad Killing You.)


HERE is my interview with Denise about that first book. It begins: 'You won't find many trench coats, fedoras or Black Dahlias in "Los Angeles Noir," an about-to-be-published anthology of 17 new short stories set in various corners of the contemporary City of Angels.'


What follows is a new interview with Hamilton on LA Noir 2. She and other contributors -- including those behind the new, Gary Phillips-edited Orange County Noir -- will make a number of appearances around SoCal. Saturday Denise, Gary and others will be at Skylight Books; next Friday some of them will be at Vroman's. Here goes:


The first volume of Los Angeles Noir was well-received. What made the time seem right for another, slightly different volume? 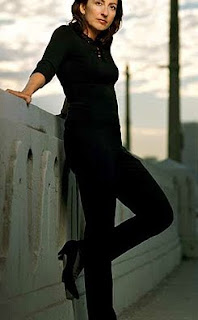 Akashic’s noir series follows this pattern. The first volume is new stories, the second one is classics. This was thrilling to me, as I’ve been a classic noir reader for years, and had recently re-visited the classic short stories of noir that are set here when I began working on the first volume of L.A. Noir. In my attempts to cast a broad net, I also read many stories by literary authors such as William Faulkner, F. Scott Fitzgerald, Joan Didion (and also Nathanael West) set in Tinseldown. I wanted to steep myself in the genre and really think hard about the lineage from 1930s noir, through the hard boiled 40s and 50s and see how it influence and carried through into contemporary crime writing about Los Angeles. Because I do think there’s a continiuum, we are all dipping into the same well, the white blazing sunlight, the deep shadows cast by Hollywood, the greed, the artifice, the stunning beauty and the desperation.
Almost half of the stories here are from noir's classic period, the '30s and '40s. But some are more contemporary, including one freshly written and set on Terminal Island in 2007. What makes a story "classic." 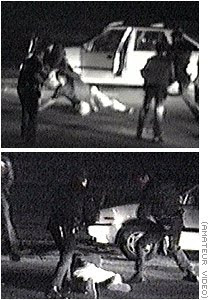 My definition for ‘classic’ was rather loose. It couldn’t be contemporary, set in the 21st century. I also waffled greatly on whether stories set in the 1990s were ‘classic.’ But 1990 was 20 yeas ago – an entire generation has grown up since then. And certain L.A. neighborhoods have changed dramatically. In the end I opted to include several stories with a historic ‘feel.’ Jervey Tervalon’s story Reka, for instance, is set right before the L.A. Riots of 1992, when the crack and gang epidemic was in full swing. The LA Riots are certainly ‘historic’ today, and Jervey’s story, filled with bubbling anger, drugs, violence and an anguished family, captures the feel of that era. Likewise, Yxta Maya Murray’s story about ‘locas’ takes place in pre-gentrified Latino Echo Park and is a Polaroid snapshot back into history, before the area was studded with upscale eateries, galleries, cafes, clothing boutiques and petcare shops.
It seems like much of the rethinking of noir in the last decade or so has been about its racial and ethnic subtext -- looking at the black neighborhoods of cities, and their potential protagonists, or realizing that Japanese Americans weren't all gardeners.
L.A.’s cultural diversity has always struck me – even back when I was an L.A. Times reporter – as an inspiring fount for modern noir. People come to this city from around to the world to leave the past behind, reinvent themselves. They’re filled with fear and desperation. The city and its beauty seduces them like a femme fatale. They have secrets they want to stay buried. It’s a fantastic literary canvass from which to paint. But when you look at the classic tales, they’re all written by straight white guys and pretty much set in the white community where people of color, if they exist at all, serve as exotic backdrops, maids, jazz musicians and whores. So yeah, it was the natural progression to ask why that was, and then go back into the literary record and search out the hole in the donut of noir, which was all the non-white males.
I was not interested in turning in an anthology of the ‘usual suspects’ we’ve already seen in so many (good) collections, because otherwise we’re just preaching to the choir. There were vibrant Chinese, Japanese, Filipino, Mexican, Russian etc communities in LA that date back to the 1800s and I wanted to showcase some authors from those communities. So while I knew I’d include the big bad boys of noir – the masters Chandler, Cain, MacDonald – it was also time to let some air into that stale cigarette-smoke room. And by the way, it’s not only ethnic and racial subtext, it’s also gender. There were some fantastic women writing noir in the 1940s – Leigh Brackett, Dorothy B. Hughes, Margaret Millar, but noir was a sexist male genre and so the gals aren’t as well known, which is a darn shame. Gays also got short shrift. If they were depicted at all it was often as exotic denizens of strange nightclubs. But I found a lovely 1970s story by Joseph Hanson, who wrote an openly gay sleuth back when this was very uncommon.
Was it hard to get the rights for these stories by the old masters? Anything you tried to get but couldn't? I've have loved to see something by Cornell Woolrich, who was here in LA briefly.
Surprisingly, we got everything we asked for thanks to Akashic publisher Johnny Temple working his magic. We even got the rights to reprint the Raymond Chandler short story “I’ll Be Waiting.” But oddly, Chandler’s estate would not allow us to put his name on the cover. SoChandler’s story leads the collection, and he’s mentioned twice on the back cover, but not on the front. Go figure.
And ah, Cornell Woolrich. I looked and looked. He wrote very few short stories set in L.A. The several that I found were not his best, in my opinion. In one, the murderer is glaringly obvious. Another is very dated and somewhat racist, especially by our modern standards. I wanted to include a CW short story called “Hot Water” that begins in Beverly Hills, but it quickly veers off to a Tijuana gambling casino and leads readers on a rollicking ride of mistaken identity, a stolen gambling stake and a car chase ride through the Mexican desert on shot-out tires and a gas tank fueled with tequila. It’s crazy Cornell at his best, but it just wasn’t LA-centric enough to warrant inclusion. 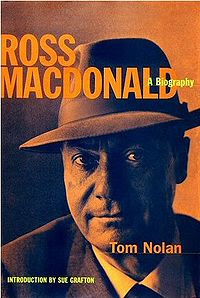 Readers of The Misread City are particularly fond of Ross MacDonald -- Can you say something about his story here, or the one by his wife, Margaret Millar?
A quick hat tip to Macdonald biographer Tom Nolan, who helped me narrow down the oeuvre to a handful of stories that fit my parameters.  Macdonald’s short stories are elegant and well-plotted, and are written in great painterly strokes that really give readers the feel of Southern California in the post-war years. That said, some critics found his wife and lamentably lesser known writer Margaret Millar to be the better wordsmith. Millar’s stories can be very introspective and they focus on psychological dread and the dynamics of troubled families. That is certainly the case with her story in L.A. Noir 2, “The People Across the Canyon,” a hair-raising little tale.
Does the noir tradition still seem to be alive and well here in Southern California?
I read the papers and watch the news, and I see the ghosts of Chandler and Macdonald and James M. Cain and Dorothy B. Hughes everywhere. Except now it’s playing out on a global stage – the protagonists and antagonists aren’t just from Sioux City and Baton Rouge, but fromYerevan and San Salvador and Chiang Mai. I think some of the best L.A. writing today in the genre reflects this diversity, and some are even taking it to other levels, incorporating paranormal and urban fantasy into their noir stories. That also seems a natural fit for a city that much of the rest of the world seems to think is only a holographic figment of our collective unconsciousness anyway.
Posted by Scott Timberg at 12:00 PM

Onward and upward with noir, be it set in LA or otherwhere. This kind of writing at its best is the most energized and truth-telling writing going today.

Check out Owen Hill's wonderful pair of Northern California noir novellas: The Chandler Apartments and The Incredible Double. I just discovered him and he's fantastic. He perfectly captures the decadent and morally ambivalent world we live in.

Or Niccolo Ammaniti, whose noir novels I'm Not Scared and As God Commands are considered mainstream in Italy and have won big literary prizes there.

And you can always pick up a copy of my just out collection of neo-pulp noir called Bad Juju & Other Tales of Madness and Mayhem.