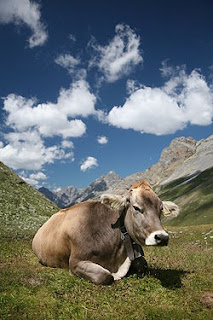 THE food writing of Jonathan Gold is so vivid, colorful and at times almost embarrassingly sensual that as a reader, it's not hard to feel you are actually along for the ride with him as he seeks out restaurants dedicated to, say, regional Mexican cuisine, a groovy wine bar or the street food of urban southeast Asia.

But it's even more delectable to be able to follow the celebrated scribe to a meal in a foreign city, as yours truly was able to do during the international book festival in Guadalajara. Somehow I'd spent a day and a half and not had much of what Mexicans call "tipica" cuisine -- some fine enchiladas at the hotel, and some white wines from Baha, both decent but not memorable.

The first excursion came after Gold appeared in a panel on LA writers and humor, which also included writers Jerry Stahl and Paul Beatty. (Gold recalled his days editing the LA Weekly's humor column: "I thought what would make it distinctive," he said, "is that nothing in it would be funny.")

After the panel, a caravan of us followed Gold and his journalist wife Laurie Ochoa to what seemed like a remote neighborhood, Tlaquepaque, for a restaurant called El Parian. The cab driver seemed a bit confused by our request to head there, telling us (we thought) that we'd have to walk a long way after he dropped us off and that we'd know where we were because we'd see, "too many restaurants, too many artistanos, too many mariachis." I could not tell -- as we used to say in high school -- if this was a threat or a promise.

The meal ended up being very good: Many of us, including The Misread City, got birria -- a dish of stewed meat that is usually goat but here was calf. The restaurant's speciality is what may be the largest drink in the world: Mostly fruit, ice, triple sec, with a large shot of tequila on the side, its container is so large it is marked "BAR" -- the quotes are theirs, not mine -- presumably so it is not confused with a large soup bowl. (Across from me was UK-to-LA novelist Geoff Nicholson, an excellent guy whose Psycho-Gourmet blog I am digging.)

Gold said of the day's eating that he had consumed so much beef that he was constructing a cow in his stomach, piece by piece. (Now I know why he turned down the offer of the very fine pickled pig skins I was nibbling on.)

Somehow, by the way, the mariachis never showed up, though Gold, Ochoa, and novelist Mark Danielewski ended up, after the meal, at a bar at which two musicians serenaded them and a couple of drug lords who had footed an enormous bill for the performance.

The second night was longer and harder to explain -- all I will say of it is that Gold led us to a very cool bar at which we seemed to be the only gringos. And I think the man's reputation must precede him, even abroad -- a plate of what looked like pig's feet, served with lime and a chile paste, showed up next to Gold before, I think, anyone had had a moment to even order a beer.

Photo credit: I will not compromise the man's privacy by posting his picture, so here is a cow.
Posted by Scott Timberg at 11:11 AM