The Future of Publishing? 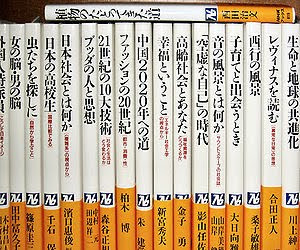 WITH dignitaries including saxophonist Wayne Shorter and Ray Bradbury, and displays ranging from publishers' new books to the history of the low-rider, the Guadalajara International Book Festival -- dedicated this year to the literature and culture of Los Angeles -- has been quite packed already. I'm going to try to offer a few snapshots of Tuesday's festival -- hoping to get time for a second post on last eve's wild night.

The afternoon included a typically elegiac, mandarin speech by former LATimes book editor Steve Wasserman on the future of publishing. We've entered what he calls "an ultimate stage in the democratization of knowledge."

It's also, he said, a time when digital technology, conglomeration, the collapse of bookstores, independent and otherwise, "renders serious reading increasingly irrelevant." He fears a "hollowing out" of the culture of sustained argument that makes for an informed citizen.

Literary people, Steve feared, will become "the party of the past." He compared the situation in the U.S. to Europe and especially Germany, where state controls (forbidding price-slashing) kept an indie bookstore culture thriving even in bad economic times.

He offered two contrasting phrases. First, Philip Roth's prediction that the novel will go the way of Latin, known only to a small elite. And second, Auden's line, "It is always a danger for the present to write history in the future tense."
Posted by Scott Timberg at 11:11 AM

A few months ago, I got an email from a German on-demand publishing company who offered to publish my PhD dissertation in book form. I would get a copy of the book and and royalties (in the unlikely event any materialized).

I said what the heck, mostly because I was curious how it would work. So you can now buy a, slightly modified, version of my dissertation on Amazon for $110. (Even though I wrote it, I have a hard time recommending that anyone actually buy it at that price).

I wonder if we are not headed toward an age where everyone will have published a book, but no one will have actually read one?

Indeed -- that process has been going on for a while now, alas... During the two years I covered books and authors for the LATimes, the number of books increased to roughly 120,000 published annually in US, while the number of dedicated readers and time spent reading declined...

Still, just back from big book festival that reminds me how passionate readers -- even in a nation without our level of literacy -- are about the work they love.