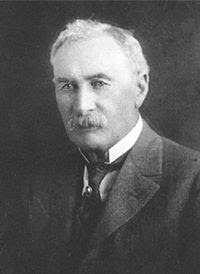 ON Tuesday night at the Guadalajara Intl Book Fair I also took in a robust panel on LA's creative nonfiction writers, moderated by Veronique de Turrene. It included:

Crime novelist Richard Rayner, a native of Yorkshire who worked for Time Out in London and helped revive Granta in Cambridge, recalled how he dropped it all to move to LA to follow a Playboy bunny to whom he was only briefly married. (Imagine that.) He also talked about -- more seriously -- William Mulholland's breaking of a Central California dam, to slake LA's thirst for water, that drowned hundreds of immigrant farmers in its rush to the sea. The image is a template for his new book about the California crime, "A Bright and Guilty Place."

Artist J. Michael Walker talked about how years spent living in Mexico after his life in the States seemed to have bottomed out led him to connect deeply with Catholic iconography and Latin culture, which he brings into his work on saints and neglected, often Latino parts of LA.

East LA native Luis Rodriguez ("Always Running") discussed his connections to his mother's native Chihuaha, how his sense of political purpose led to his artistic purpose, and his work to establish a local press create and sustain a literary and cultural space in LA.

Polymath writer Ruben Martinez recalled his parents meeting as his mother walked out of a church in East LA: According to family myth, his father was turning the corner in a red MG, "looking like a brown James Dean," and the rest is history. Speaking of history, Martinez spoke eloquently about LA as an amnesiac "anti-historical city," projecting itself into the future rather than reflecting on the past.

All in all, fascinating stuff. And that's Mulholland on the right.
Posted by Scott Timberg at 11:26 AM